The 5 Best Christmas Campaigns Of 2015 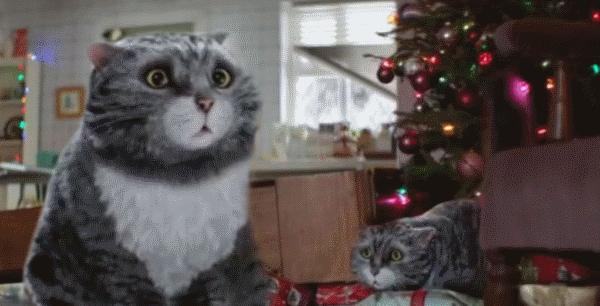 A few weeks ago, I noticed a tweet from someone that said ‘I know it’s Christmas when Starbucks bring out their Christmas ‘blend’. At the risk of sounding cruel, surely this person doesn’t need a themed coffee to know when Christmas is?

But if anyone is left in doubt, then the slew of Christmas advertising clearly highlights the pending arrival of December 25th.

For me, it is particularly interesting to look at how these big brands are investing their money outside of the big broadcast investment, as well as integrating the look and feel of the messaging in digital, replicating and enhancing it into the customer journey online.

Who else could we start with, but…

I must also declare bias here, as I am a very loyal online John Lewis customer, and have bought most of my seasonal gifts already through the website. I am a huge advocate of their UX, through to their e-commerce and home delivery platform. I have never had a complaint yet, in over 20 years of spending with them. However, I have been left unmoved by this year’s offering, and feel ever so slightly let down.

I totally buy their absence of BOGOF deals, shiny price messages or any other hard selling to do with gifting, but the TV campaign seems tired and doesn’t offer anything new.

What do you think?

The brand and their combined agencies do a wonderful job of integrating the brand messaging through the different touchpoints and for this alone, they get top prize. I saw a double page spread in the Sunday Times promoting the “Man in the Moon” app, which has some interesting facts (for children mainly), with some games to boot.

I especially like the tie-up with Age UK (one of John Lewis’ charities), fronted by the main character in the TV ad, as well as in-store ‘Moons’ in selected branches (with a charitable angle) and Man on the Moon products. Not just a TV ad, but an incredibly well thought-out campaign and a template for how brands take an idea and make it work in every element.

But best of all, the online purchasing experience is seamless. They haven’t forgotten what is at the core of their brand in order to make a glossy TV ad, and they have kept true to their values throughout. Integration at its best, even if the TV ad isn’t my Number 1 this year!

It used to be the battle of X Factor versus Strictly that got everyone going before Christmas, but it has now progressed to the JS vs JL Xmas TV ad battle, or so it would seem. Sainsbury’s release their Xmas ad on or after Remembrance Day each year, which is usually later than John Lewis.

Despite this, Sainsbury’s is winning the war (so far) for most shares per day since its release (c. 95,000 per day so far).

Mog the Cat, is a CGI version taken from the popular children’s books. The author, Judith Kerr, even has a cameo role in the ad. Now I am definitely showing bias here, as an animal love and horse owner, but this is possibly one of my favourite ads of all time, Christmas or otherwise.

This is long form content, which could be easily extended to show as a children’s film – but simply shown on TV. I love it, but sadly I don’t love the integration (or lack of it). I also have to admit to not being a JS shopper, but all I get when I go online is a link to the ad, and a link to buy the book.

The rest of the website hardly seems to recognise the approach of Christmas beyond some price deals. Top marks for the content, but needs to work much harder on making it work through-the-line.

This is second on my list of favourites this year. The ad focuses on the ‘Lidl School of Christmas’, and introduces tips and ideas on etiquette for Christmas, including how to react to presents you may not like.

Lidl launched the ad on social media with the #SchoolofChristmas hashtag, as a way of supporting its fans and followers. I have to admit to a certain liking for Lidl, especially their selection of red wine and chocolate!

As with John Lewis, they have a good CSR (corporate social responsibility) programme, and support partners including grassroots football and Mumsnet. Their tone of voice through social media, specifically Facebook and Twitter, is consistent – fun, light hearted, and helpful, with promotions that don’t feel forced; it even features Stanley the Boxer dog from the TV ad in the Twitter feed.

Still one of my favourite retailers, both from a customer experience and advertising POV. I still love their work, and this Xmas ad as the soundtrack is so upbeat, but I can’t help but feel it is not keeping up with the incredible work in the sector.

As one of the loyalty members of the M&S programme, I was able to see an exclusive preview, which was a nice touch. Instead of the traditional two or three minute extravaganza, this year they have opted for something shorter, but with two creative treatments, instead of one. They have also created ‘behind the scenes’ of ‘The Art of Christmas’ footage as a bonus.

However, that is pretty much where the integration finishes, as the online experience hardly touches on the theme, and both their Twitter and their Facebook activity seem more focussed on the ‘sell’ than any specific theme related to the ‘art of christmas’.

It seems like a missed opportunity in terms of recipe and catering advice, present wrapping, gift giving etc, and the broadcast activity seems to be isolated from everything else.

And finally, for something completely different. I suspect this ad has less than a third of the budget of those brands above, but is proving to be a viral success, with over 18,000 shares a day.

Well done to the Spanish lottery, it is definitely worth taking a look!