Adopt these five digital habits and teach them to your team to get the most effective use of time!

1. Don’t leave your emails active to distract you

If you let them “wink or honk”, you will behave like Pavlov’s dogs and automatically click to read anything and everything – all day long. This is not a good way to work!

Psychiatric studies have found IQ test results are dramatically better if taken in silence than if disturbed by email and phones.

Email is so distracting – students doing the test while stoned also did way better! Where Work Is a Religion, Work Burnout Is Its Crisis of Faith — New York Magazine

This also applies to meetings – one boss we know collects all the Blackberry phones, so they won’t distract teams. 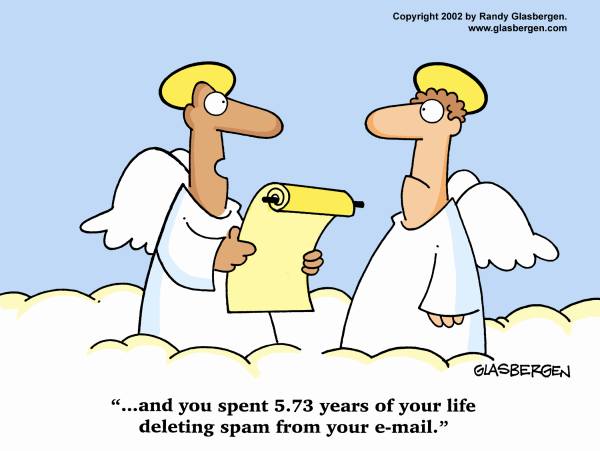 2. Pick up the damn phone

In Why Business People Speak Like Idiots the authors point out that in the age of email the phone has a certain novelty. It allows you to bring to bear some of the likeable personality and rapport you struggle with in email. It also gets faster decisions.

But best of all, go see people and look them in the eye. Shawn Achor in The Happiness Advantage reveals the scientific basis for why you should strive to be in the same room rather than emailing – “neuroscience has revealed that when we make eye contact with someone, it actually send a signal to the brain that triggers empathy and rapport.”

David Abbott, founder of AMV – the top ad agency in the UK – got cross when he witnessed two of his senior team talking on the phone through a partition wall.

3. Turn off the Internet

The Freedom app will lock you out for up to eight hours. According to Rachel Cooke of The Observer, “I estimate that, with Freedom’s help, my productivity over the last three days has increased by 300%.”

Or use tech to ensure you concentrate – Write or Die is an app that helps you deal with distraction. “As long as you keep typing, you’re fine, but if you become distracted, punishment will ensue. Everything is configurable, name your word goal, time goal and preferred punishment, then start writing!” A classic is that it starts to erase words if you fall below a certain amount of productivity.

Hiding your icons so it is slightly harder for you to start reading the newspaper etc. online is also a good idea.

Fergus O’Connell, the king of time management gurus and author of Simply Brilliant – The Competitive Advantage of Common Sense, strongly recommends saving your emails up in a batch. (He encourages a culture where, if it is that important, they will ring or come find you – especially if you have an Out of Office on, with your phone number displayed).

Not only will you go through emails much faster, but you will have been able to concentrate without so many interruptions. A major study concluded that 28% of a professional worker’s time is spent on interruptions and trying to get back on track.

Sheryl Sandberg, COO of Facebook, goes home to her children at 5.30. I’m sure that deadline forces her to concentrate and execute!

The head of French fashion house Lanvin had a great solution to the avalanche of emails – he does not read any on Wednesdays so he can concentrate and get some actual work and thinking accomplished.