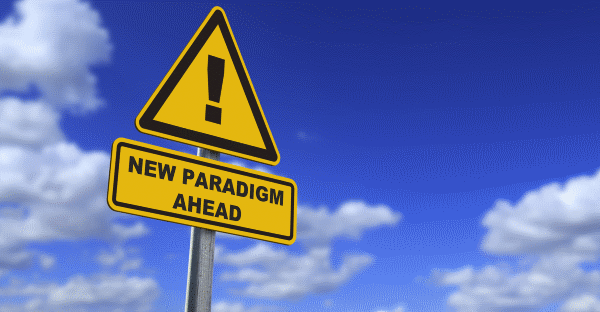 There has always been some friction between advertisers and their agencies, but it’s rarely had a higher profile than in the past few months.

Transparency is a large part of the problem

According to the latest Paying for Advertising report from ISBA and Arc, 58% of UK advertisers believe that their agency is probably making additional revenue that they’re not aware of, compared to just 50% in 2012. Recent publicity won’t have done anything to allay advertisers’ suspicions.

First came the new, proposed media buying and planning services “framework agreement” from ISBA, the advertisers’ membership body. Its release was accompanied with criticism that current contracts were lacking in vital detail around “click fraud, view-ability, verification and brand safety” and called out agencies for not fully disclosing all revenue sources, such as rebates from media owners.

Barely a month later, a report was released in the US, sponsored by Association of National Advertisers and compiled by investigative firm K2 Intelligence.  It claimed widespread evidence of deceitful practices at US media agencies, such as accepting rebates from publishers and reselling media to clients for undisclosed mark-ups.

Clearly, if media agencies are receiving rebates, clients will wonder if the recommendations they’re receiving have been influenced by the agency’s desire to make a greater margin.

Transparency in a digital world

The situation hasn’t been helped by the rise of digital and the additional complexities it involves.  With the extra parties it brings to the table – publishers, ad networks, tech providers etc – and the lack of visibility of the end product, it’s become even harder for clients to audit their activity and work out whether they’re getting value for money.

On the one hand, agencies deserve some sympathy.  The procurement-led attack on agency fees have left many scrabbling to fill the income gap. It’s not surprising that some have sought out other, more opaque ways to make their money. And ever more demanding clients – demanding double-digit iterations of the media plan and ever more unreasonable turnarounds – means costs are often escalating rather than declining.

On the other hand, it could be argued that agencies have reacted to falling incomes in totally the wrong way. CMOs are under increasing pressure to deliver more for less but, rather taking a new look at their operating models and cost-bases to reflect their clients’ needs, agencies have simply found new ways to make up the shortfall.

And that’s the nub of the problem. In an industry that preaches customer centricity, some agencies have been guilty of not adapting to their customers’ needs.  Some, but not all.

In-housing on the rise?

Take the Oliver Agency, with its ‘in-house agency’ model.  Large swathes of the overhead are taken out by basing the agency team at the client company. Not only is it cheaper for clients, it delivers greater speed to market – another bugbear that clients have with their agencies – allowing clients to react to opportunities that would likely disappear before the traditional ‘out of house’ agency had even read the brief. And with The Oliver Agency recently adding programmatic media buying to its portfolio of services, clients can now have what amounts to a full service agency ‘in-house’.

Of course, traditional ‘in-housing’ is the other option, and one that increasing numbers of advertisers are considering.  Although most still want the security of a big network negotiating their TV deal with ITV or the press deal with the Daily Mail, in-sourcing is something many are considering for more manageable digital disciplines, like SEO and/or PPC.

Of course, this approach comes with its own risks. What clients gain in financial terms, they can lose in expertise and resource. Because they pool clients fees, agencies can invest in a multi-dimensional and knowledgeable team, and keep that team up to date with the latest developments and equipped with the latest technology. And when there’s a need to throw resource at a problem, agencies are more likely to have the resource to throw.

But many clients will feel that’s a small price to pay for the greater efficiency, speed and control that in-housing gives them. The technology is certainly out there to make in-housing many digital activities a viable proposition. And the range of activities that can viably be brought in-house is increasing all the time.

A new way of working?

Take Blackwood Seven, recently launched in the UK. This Danish AI-based platform can be used by marketers to buy any media which publishers have made available via ad exchanges, be that online media or traditional channels like TV and radio.

The media mix is optimised by an algorithm that uses data from various sources such as YouGov, Nielsen and ad spend trackers to predict the results of any proposed activity, spanning everything from brand metrics to store footfall. Advertisers can also plug in their own sales data, allowing them to see which of their media investments are generating the best returns.

All of this functionality can be accessed from a smartphone whenever and wherever the user wants, so no more need to chase the agency for reports and then try and extract the results from the spin. It’s no wonder it’s a proposition which has attracted Volkswagen in Germany, and impressed Unilever’s Dollar Shave Club and Uber rival Lyft.

Of course, it would be dangerous for advertisers to ‘in-house’ without the right expertise. Some are addressing the problem by investing in experts who can guide them through the transition, whilst others are investing in training up their own staff. It’s a trend that has been noted by those in their digital training industry – including Tracey Stern, managing director at Emarketeers:

“During our digital training and consulting programmes, we come across quite a few brands looking to ‘in-house’ as they are not sure of either the value for money offered, or services delivered. Brands want to be able to confidently and intelligently challenge on areas such as Search for example, where currently they can sometimes feel inhibited due to lack of understanding.”

Both sides must face up to trust issues

The point is that although the traditional agency model is far from dead, clients no longer have to pay up and begrudgingly settle for the status quo. They have genuine options which allow them to find the ideal balance of expertise, resource, speed, control and cost for them.

That’s not to say that sticking with the status quo is necessarily the wrong decision, but agencies need to open an honest dialogue with their clients to save a lack of trust fracturing the relationship.

“The age-old problems of client and agency relationships are now exacerbated by a more towards more ‘short term-ism.’ Having worked both agency and client-side, I see the issues from both sides. But in my opinion, the only way the relationship can be fostered, is by honest, open and transparent conversations up-front. Having dialogue about remuneration, rebates and account servicing time is more critical than ever,” explains Stern.

Agencies need to react to advertiser’s calls for greater transparency, flexibility, speed and efficiency. If they don’t, they are plenty of innovators in the digital field happy to lure their client’s away.