The One Question You Should Be Asking Your Media Agency

Do you know how much money your media agency is making from your account? If you don’t, you really should. And here’s why.

If there’s one man to talk to about the inner workings of media agencies, it’s Dave Barnett. At the height of the global recession, he and business partner Dan Pimm founded December 19, a media agency rooted in the principles of transparency and integrity – at a time when the industry was moving in completely the opposite direction. 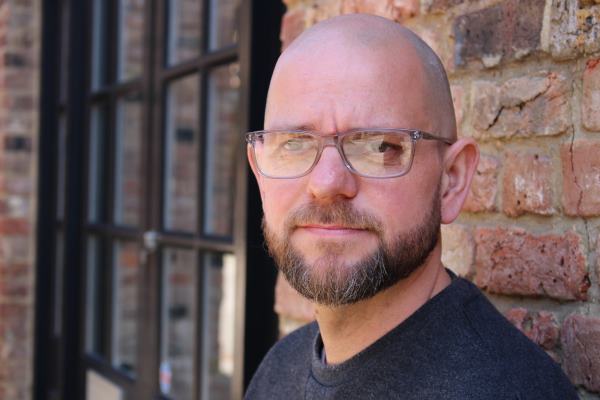 Dave set the scene for me, “Clients wanted to drive down commission and agencies were winning business off each other by driving down that headline figure – from 15%, to 10%, to 7.5%, to 5% and then all the way down to 2%. And the agencies, rather than saying, ‘We can’t run our business on such small margins’, found ever more inventive ways of supplementing their income.”

At first, things were entirely ethical – using excess cash to speculate on the exchange rate markets or chase the highest interest rates, like many businesses do. But the financial crash led to much lower yields and the temptation to pursue higher reward but less client-friendly practices – namely, negotiating volume kickbacks with the media owners.

Of course, the problem with kickbacks is the agencies’ commercial goals are no longer aligned with client’s best interests – the most efficient buying of the client’s target audience – as Dave explained, “It was creeping in that the planners were doing their strategy and it would get to the implementation stage and the investment team would say, ‘No, you can’t use that combination of media channels because our agency deal doesn’t suit it – we need to change this title or the percentage on this TV station because of the shape of the agency deal not because it’s where the client’s money should be spent.’”

Increasingly conflicted by this divergence between client and agency objectives, Dave and Dan decided to put their money where their mouths were and founded December 19.

“We thought, ‘OK, let’s create an agency that isn’t taking any kickback from any media owner and we’re actually going to ask our clients to pay us a fair percentage.’ But for that our decisions will be driven by where their audience is not where our kickback is. People thought we were mad!”

Despite a lack of encouragement from their peers, December 19 is still going strong almost 10 years later and is still winning business on the back of its ethical and transparent approach to media.

But although the lid was blown off the agency ‘kickbacks’ culture by the US Association of National Advertisers back in 2016, clients are still letting their agencies get away with it. Dave blames the increasing involvement of procurement departments in the process, which have a completely different set of objectives to their marketing colleagues.

“Procurement’s job is to make it as cheap as possible. That’s where value is a different perception. Value to procurement is that cheapest headline commission. Value to a CMO is, ‘How are you going to deliver the targets that I’ve been given?’”

But publisher kickbacks and their effects on agency planning decisions are the least of clients problems.  The growth of programmatic buying and its innate opaqueness has created another avenue that media agencies can exploit to make money in a way that isn’t entirely in the best interests of their clients. This time the problem is the unjustifiable level of mark up.

“Agencies are marking up what they’re buying at by ridiculous amounts. As a client, you think you’re bidding for a particular audience and it’s all laser-focussed with no wastage but the agency could be buying that audience at 5p per 1000 but selling it to you at 15p per 1000.”

So what should clients be doing about all this?  Are media agency and client objectives now so misaligned that clients should be bringing this function in-house? Dave thinks it can work, but only in specific circumstances – when a client has the necessary scale of spend and when that spend is consistent from year to year and across the year, otherwise, they’ll be creating an internal overhead which isn’t be used all that efficiently.

But even then, Dave doesn’t think it’s the ideal solution, “Media agencies specialise in audience data, insight and effectiveness of campaigns. If you bring that in-house, you can be up to date initially but the media landscape is changing so rapidly. The sole purpose of media agencies is to keep up with the ever-changing landscape and applying those learnings to client campaigns.”

The optimum solution is a new kind of relationship between clients and their media agencies – one where clients realise the value that media agencies can add to their business and are prepared to pay a fair rate for that value. That’s the model that Dave and Dan have been implementing successfully for the past 10 years, so it’s no pipe dream. They don’t mind being more expensive than their pitch rivals and arguing for the extra value that higher fee delivers.

“Yes, our headline fee may be a little more expensive but what they get for that – in terms of the level of service, the care, partnership, trust, the line by line planning – far outweighs the benefit of us going in at a much lower headline cost.”

And the benefits of this approach are much more than a true alignment of objectives, but the ability to form a long term relationship where the media agency team becomes a true extension of the client’s team. As Dave explains, “It’s about understanding how the client’s working, where they’re going as a business – not just knowing it when we get briefed – and being involved in actually shaping the brief and the direction of the business, not just the marketing and communications. You need to be able to spend time with the business to really take that on, appreciate it and understand it and then help to shape it.”

Does that sound like the type of relationship you’d like to have with your media agency?  Then there’s no time like the present. And it all starts with you asking them one little question, “No really, how much money are you making from my account?”