Our Internet Vulnerability Reaches An All Time High 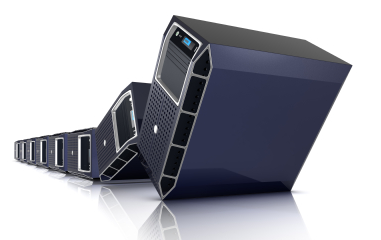 Last week, I read rather bemused that a 75 year old woman in Georgia, who had never heard of the Internet, managed to sever the Internet connections in Georgia and neighbouring Armenia by cutting fibre optic cables when digging for scrap metal.

The effect of this caused the majority of Internet users in Armenia to lose Internet access for nearly 12 hours while also affecting ISPs in Georgia.

Whilst outages are not uncommon, this event highlighted how a simple mistake can cause a large amount of disruption for both individuals and businesses who are increasingly reliant on Internet connectivity.

Only 1% of companies can function adequately without the Internet

Last week we tweeted the results of a survey carried out by Avanti Communications in October last year giving us a snapshot of just how reliant we are on our connected world.

The survey of companies worldwide revealed that only 1% could function adequately without the Internet. Over a quarter (27%) of companies surveyed said they could not function at all if the Internet crashed, and one in five said a week without being online would be “the death of their company”.

Whilst this doesn’t surprise me in the least, the 1% figure was particularly shocking as it highlighted how we have blindly become more and more reliant on connectivity without considering the impact of non-connectivity. We have all been carried by a huge evolutionary tide of online change often without any means to counteract this effect.

Cyber-terrorism and cyber-theft: a real and growing threat

Given our ubiquitous reliance on Internet availability, there is little wonder why cyber-terrorism is considered an increasingly effective method of attaining financial gain or political voice.

There is a growing sentiment that future wars are increasingly likely to take place away from the battlefield in favour of online, and in fact the recent Stuxnet worm illustrated this point precisely.

Last week, the Sony Playstation Network suffered a large data theft which forced Sony to close the network during the busy Easter weekend which will no doubt have a huge revenue impact but also the potential to damage Sony’s image.

Our ever growing reliance on Cloud applications and infrastructure has also revealed vulnerability to outages.

There are many positives around the use and deployment of Cloud applications and Cloud computing, especially for small businesses that want to improve productivity through SaaS applications and don’t want to hassles of infrastructure, backups, licensing in addition to implementation and access headaches.

However, In April this year, Amazon’s Elastic Cloud (Amazon EC2) crashed, taking services including Reddit, Foursquare and Quora with it, revealing the vulnerability of over-reliance on the Cloud. The brands that suffered alongside Amazon, have thousands of regular daily users and were at the mercy of a single outage that had serious repercussions as we live and breathe in the Cloud.

Design goals of the ARPANET

Our increasing reliance on connectivity sits somewhat paradoxically with the orignal development of the ARPANET, the original packet switching network that later evolved into the Internet as we know it.

Common ARPANET lore states that the computer network was designed to survive a nuclear attack, when in fact the main reason for its design was that switching nodes and network links were unreliable, and the splitting of data into packets allowed the rerouting of data when necessary.

So, ironically whilst the design aim of the earliest rendition of the Internet was to improve the reliability of sharing data across multiple computers, what has evolved in 2011 is arguably a more vulnerable network than existed in the late 1960’s.