Connectivity Is The New Oil 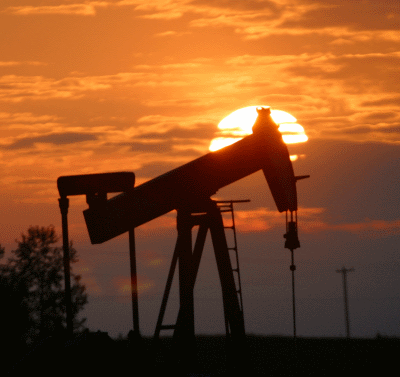 A couple of weeks ago, I was meant to be hosting a lunchtime webinar with 80 digital marketers from around the globe. I had decided to run it from home as it was my Birthday that day.

I’m always super paranoid that I’ll be let down by technology when presenting or hosting events, so on this occasion, my co-presenter and I had a technical dress rehearsal at 9.30am. Everything went swimmingly.

Ten minutes prior to the scheduled start time, I decided to log into the webinar system and get everything in order prior to go live. However, I realised to my horror that my broadband connection had completely died.

In a mild panic, I ran through a plethora of technical possibilities, and after some frantic router rebooting, I realised that my broadband was well and truly dead. I had considered using my iPhone’s personal hotspot feature, but was not confident it would have the bandwidth to support a webinar. The webinar was therefore postponed and I felt pretty deflated.

No broadband? You have to be kidding

I’m now into my 4th day without broadband. Both I and the other three members of my family are starting to really feel the effects. My cloud-based working from home options have been severely depleted, my kids haven’t been able to access nor submit their schoolwork, my wife couldn’t print some important documents that had arrived via email, and inevitably our loss of entertainment options has been highly conspicuous, including no online gaming for my 8 year old, nor access to the BBC iPlayer and Apple Store’s digital content.

I should point out at this stage that I was a happy O2 Broadband customer until Sky decided to purchase the service. I had a lengthy run of 100% uptime until switchover day, which was supposed to be so seamless I wasn’t even given a date. Ironic that it coincided with the day I was running a webinar from home.

Now, one benefit of Internet outages is that it gives you time think. My immediate reaction is that I have fallen victim to a corporate deal, which begs the question, how has this really helped me the consumer. Currently? Not remotely. In the future? Possibly, if there are some added value services on offer.

But do I care currently? No. I’m still fuming 3 days after the incident. Why should I take kindly to the fact that a corporate deal has left my connectivity in tatters?

So, in a world of management buy-outs, corporate mergers and acquisitions, who is the one to really gain in a deal between two mammoth brands of Sky and O2’s pedigree and calibre?

Connectivity has long since been considered a luxury

My forced outage has also confirmed the now old cliche that connectivity is not a luxury but a necessity. Connectivity appears to be the new oil. And in an age where a very large percentage of the population are digital natives, this is hardly a surprise.

Last year, the Institution of Engineering and Technology (IET) surveyed 2,000 members of the general public on what infrastructure improvements would bring the greatest benefit to the British economy and superfast broadband was cited as being more important than airports or rail.

And the year before that, the Telegraph reported that fast broadband was more important to house buyers than parking.

So if broadband is so acutely prioritised by us digital natives, my feeling of being digital amputated by an enforced outage is of no surprise and nor should I feel guilty about it.

‘The Internet of Things’

The recent purchase of Nest by Google has taken us a step closer to the concept of “The Internet of Things”. The idea that regular household objects, be they wall thermostats, fridges, ovens or even bins will eventually have Internet connectivity reinforces the issues at stake when connectivity is lost. It may well make my lack of access to Google Drive seem like child’s play.

In January, Google unveiled a smart contact lens that helped diabetics measure their glucose levels. The concept here is that the lens will sense a change in glucose levels indicated by way of a tiny LED light in the lens.

But imagine if the lens has Internet connectivity and sends the user a tweet or email alert when glucose levels change. The concept of an Internet outage takes on a different meaning when one’s health is at stake. Of course we aren’t there yet.

So for now, I’m writing this blog using my iPhone’s personal hotspot. It’s now 10.04 and according to a text message received this morning, my loss of connectivity should be finally over by lunchtime today.

I wait in anticipation.

*This article can also be found on Brand Republic.