Blackberry Orphans: Are Children The Only Victims? 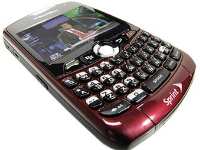 I recently read a Wall Street Journal article which described the influence mobile phones and PDAs that offer hand-held email (which don’t?) are having on our children.

With parents completely distracted by their mobile devices, following their latest emails, Twitter feeds, Facebook or Linked In invites, we are spawning a generation of Blackberry orphans; children who are often ignored by parents who tend to be exhibiting more anti-social behaviour than their own teenage children.

Having read this article, I realised to my horror that I had fallen squarely into that category of parent. As the WSJ article suggested, I had been sneaking around the house to covertly check my emails on my Blackberry or to look at my latest Salesforce pipeline and Tweets using the family iPod touch, while my 4 year old son had been pestering me for it to play his shoot ’em up tank game.

There is however the counter argument that says it’s better to have a parent at home than not at all. WSJ quotes Jim Balsillie, the chairman of Research In Motion, who says children should ask themselves, “would you rather have your parents 20% not there or 100% not there?”

With the proliferation of social media on mobile devices (how many social media apps already exist for the iPhone?) this situation will only worsen, although children won’t be the only victims!

A University of Wisconsin study (Journal of Marriage and Family Therapy, 2006) highlighted that mobile phones could cause significant psychological distress and lower family satisfaction. Whilst absent spouses have often contributed to marital breakdown, the modern equivalent exists with the partner being “present” but stooped, typing away on their mobile phone. A warning to us all!