3 Ways To Break The Rules And “Make Shit Happen”

I wasn’t fortunate enough to attend the recent Guardian Changing Advertising Summit, but the thing I regret most about not attending, was missing the inspiring and potentially business changing speech by Cindy Gallop.

The full 31 minutes can be seen below, and I strongly recommend you watch in its entirety:

Cindy raises a whole raft of thought provoking, and two key take-outs for me were as follows:

Don’t focus on competitive collaboration – don’t do whatever everyone else is doing. If you continue to replicate and focus on what your competitors are doing, you will lose the insight, innovation and market forces that any business needs to succeed. Which leads to the second and the most pertinent point, which is to ‘make shit happen’.

From a personal perspective, making stuff happen is often the hardest task to overcome in business. How many times have you had a fantastic idea late at night, or been inspired by a TV programme, a film, a book or an article –only to forget it when caught up in the humdrum of everyday business life. Or even worse – being apathetic at the thought of the hurdles to overcome, and the work, stress, or financial barriers (or a combination of all) in order to make the idea succeed.

So, and in no particular order, are my 3 top tips for “making shit happen”:

Charles Kettering, the American inventor and engineer summed it up perfectly, when he said ‘People are very open-minded about new things – as long as they are exactly like the old ones.’

‘Hackathons’ are a great example of the way in which brands are becoming more open-minded.

At Thinking Digital this year, Simon Cross from Facebook spoke eloquently and passionately about the way in which Facebook has adapted its culture to ‘hack’,  not in the old sense, but how to attack problems in new ways that haven’t been tried before and can be applied to almost anyone and for any problem or situation.

2. Be flexible and have a plan B 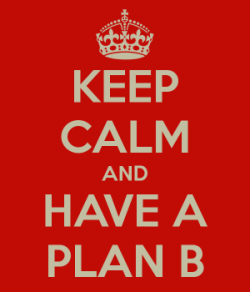 I have just bought a Toyota Lexus, but it’s not just the car which appeals to me. They have a fascinating and empowering history, launching in one of the most competitive car markets in the world (US), up against hugely established brands such as Mercedes-Benz. Lexus took only a decade to climb to the level occupied by their competitors, resulting in significant sales, awards and loyal customers.

Much of this in the early days was due to their ability to adapt to market conditions, to the marketing landscape, legal barriers, and technical issues. Early on in Lexus history, a customer complained about the cruise control, along with the stop lamp. Lexus decided to recall 8,000 LS400 models, and contacted each customer personally.

They made improvements quickly, and created a new standard in personal service which is still in evidence today.

3. Be brave, don’t be afraid to challenge 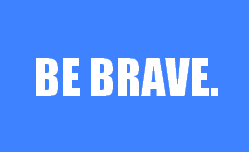 Last week, I heard Adam Morgan speak about Challenger Brands, and can strongly recommend you visit eatbigfish or buy a copy of Overthrow:  10 Ways to Tell a Challenger Story.

Adam cites fantastic examples of brands such as Huit Denim, Newcastle Brown Ale and King of Shaves, all of whom have driven their brand success through challenging convention, ideals and marketing practices.

But the one that really sticks out for me, is Paddy Power. 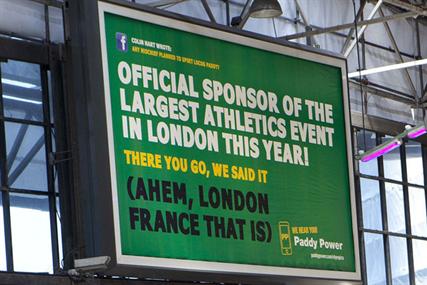 Nothing shouts ‘brave’, more than putting up a poster of the Pope in an ad on a bus shelter in Ireland, which subsequently got banned. They excelled themselves in the Olympics too.

Just a very few examples of brands, and the people behind them who “make shit happen”.

In the words of Leonardo da Vinci: ‘It had long since come to my attention that people of accomplishment rarely sat back and let things happen to them. They went out and happened to things’.