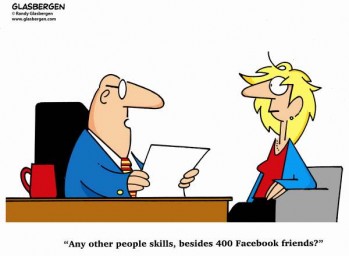 Let me guess – your team of digital professionals was hard to recruit and you’d like to keep them and keep them productive.

Employees are just kids with longer legs so you need to demonstrate good behaviour they can copy.

First, get away from the computer as often as possible and walk about. As Emotional Intelligence for Dummies points out, reading people’s body language is important and email is a terrible medium for tonality. Psychologist Dan Gottlieb advises that the way we read emails can be influenced by gender, your mood and culture, so the best thing is to speak to someone and even better is to meet face to face.

Adopt a work/life policy and stick to it. For example, don’t be the sort of boss who yells ‘half-day dear’ when someone puts on their coat at 5.30 pm. Don’t send lots of emails after 6 pm or before 8 am. Encourage those who have left work for the day to put an out of office on their email which reads ‘I am out of the office and will read this tomorrow. If it is urgent call me on my mobile please….thanks.’ Dr Monica Seeley of the Cass Business School says managing response times is crucial.

As manager of the team, you should speak to clients and tell them of your new policy. You can assure them the team’s productivity will rise as people start to make more mistakes when they are fatigued.

In Power Sleep Dr James Maas recounts that the near cataclysmic nuclear accidents at Three Mile Island and Chernobyl occurred in the early morning hours – one of the two periods of the day when people are most tired. Einstein says he needed ten hours to function well so encourage your team to get as much rest as they can and to do their most important work in the six hours after they get up.

A study by psychologist Marcial Losada proved that negative comments have a stronger effect than positive ones. To maintain and improve productivity you need at least three positive comments for every negative one. Ideally you aim for six.

Tech can help you. CEO Greg McKeown suggests creating a virtual community where employees, partners and even customers share what they are grateful for.  You can use the company blog to celebrate someone’s achievements.

Publicising success – however small – to the whole team by email works well too. For example, someone has passed an exam with great marks – tell the whole team and invite everyone to share a chocolate hamper to celebrate. Tweet on anything you can which shows your team in a good light.

3. Invest in training and techniques which help them concentrate

As early as 1989 Richard Wurman coined the idea of information anxiety. In 2003 a University of Berkeley study found that the amount of new information stored had doubled in three years.  As the New York Times put it in 2005 “distracting oneself used to consist of sharpening half a dozen pencils or lighting a cigarette.

Today, there is a universe of diversions to buy, hear, watch and forward, which makes focusing on a task all the more challenging.” Nearly ten years later the amount of time you can waste on extraneous information feels infinite, so your people need help!

First, get some training in prioritisation techniques because you cannot do everything, at least not properly. Signs that something is a priority are: it is for a loved one, it will make money, there is a genuine and important deadline, it will free up a bottleneck, it will make you happy. Follow Steve Jobs’s advice to look at each day as if it were your last…

Second, once they know what to do and in what order, help them concentrate better. One method is to improve diet. Professor James Lane advises us to cut out the caffeine found in coffee, tea and fizzy drinks: “moderate coffee consumption makes a person react as if he or she is having a very stressful day.” Provide your team with water and fruit instead of coffee and doughnuts.

Another method is to go out in the daylight every 90 minutes. That little walk will re-energise and help them get back on task. After all being physically active in some way was identified recently as one of the five ways you can boost your mental well-being.

A final idea is to disable all their RSS feeds, tweets, email and Internet connection for periods of the day!