The long anticipated Internet Trends 2015 report from Mary Meeker is finally here. Its content is fascinating and compelling, but at 197 slides, there’s a fair amount of content to get through.

We’ve therefore chosen some of the salient points from the presentation, as follows: 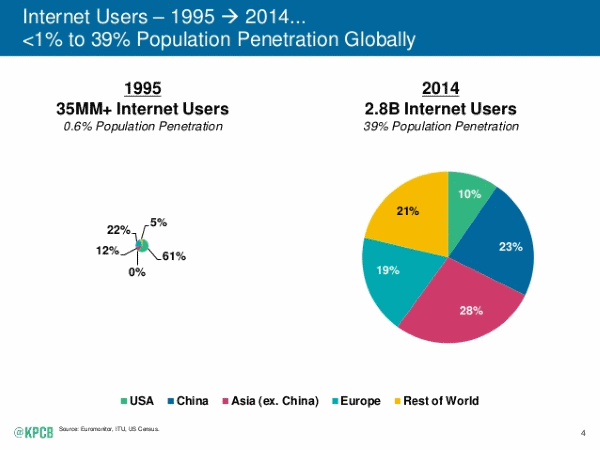 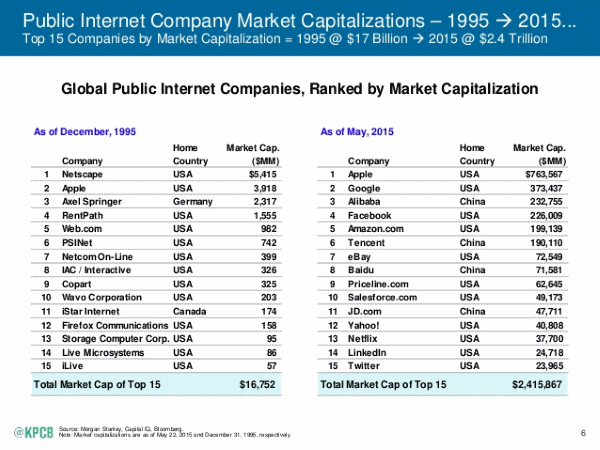 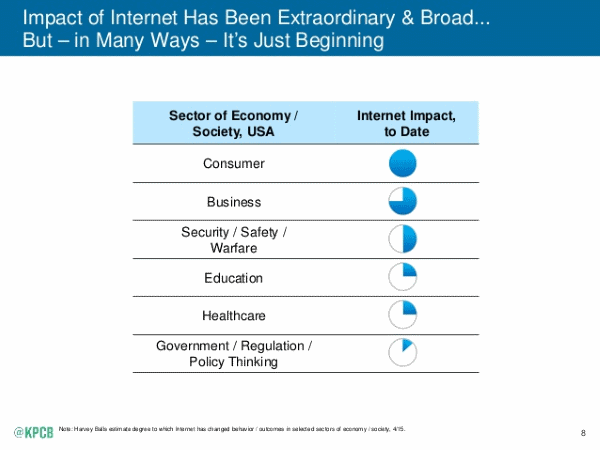 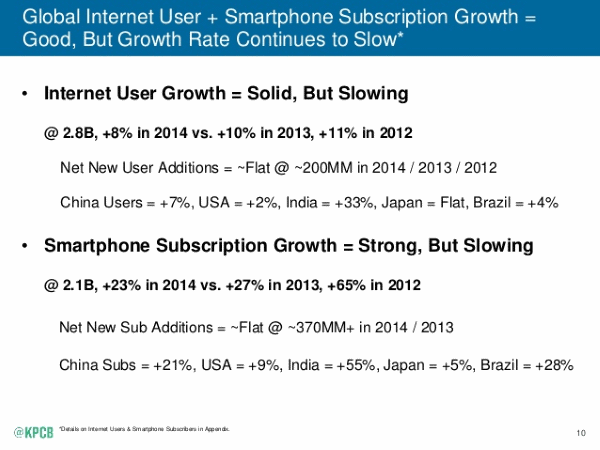 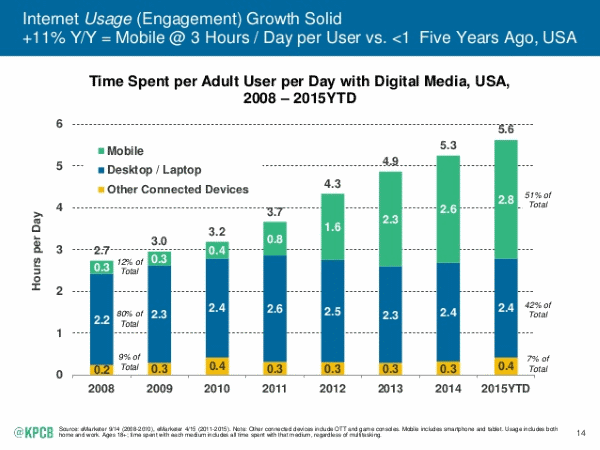 6. Compared with print, radio, TV and Internet, users spend 24% of their time using a mobile device; but ad investment on mobile is still only at 8% 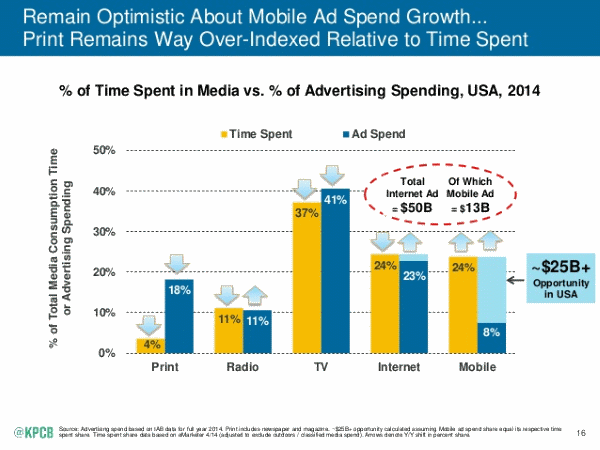 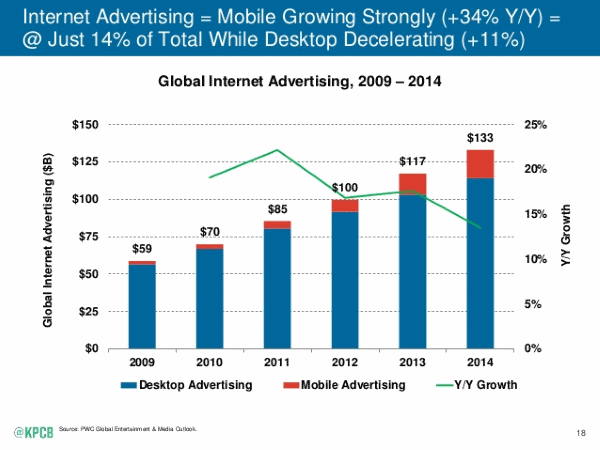 8. “Buy” buttons in social and search channels will become increasingly ubiquitous to minimise friction to purchase 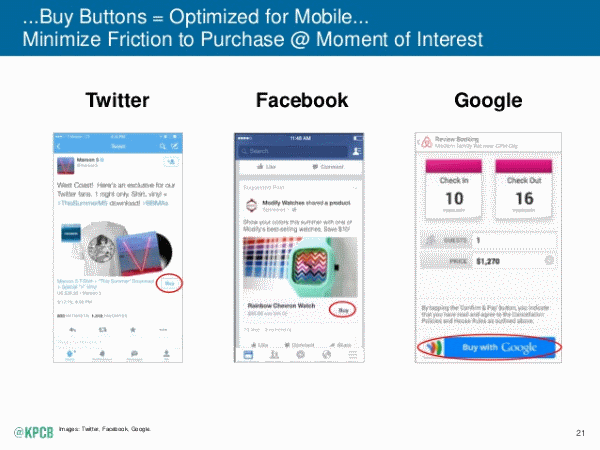 9. Messaging apps are the portal to mobile; the biggest brands, WhatsApp, Facebook Messenger, WeChat, Snapchat, will be harder to topple 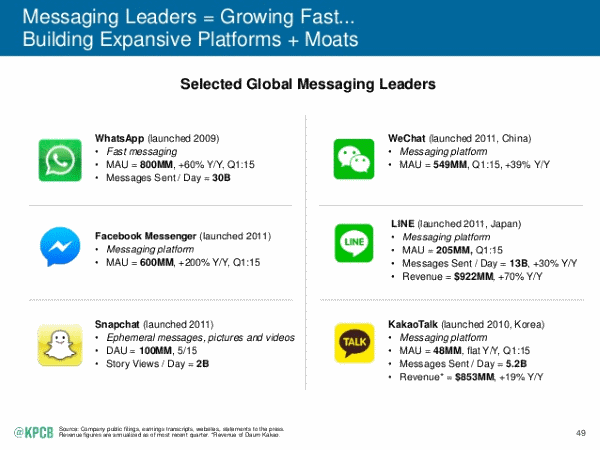 10. With video calls, payments and stickers, Asia’s messaging apps (Kakao, WeChat and LINE) are leading the way in innovation 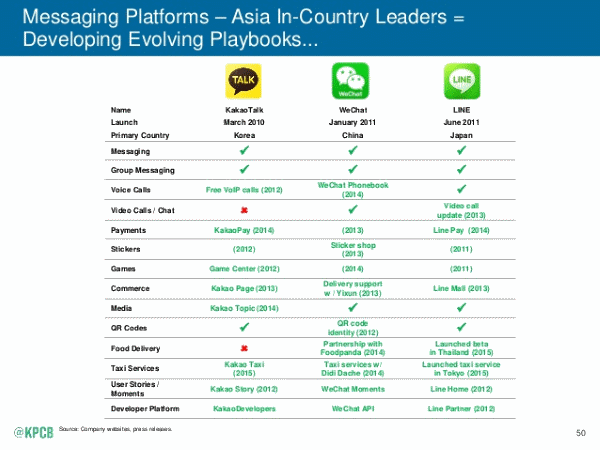 11. Users are increasingly the first source for news – often via Twitter 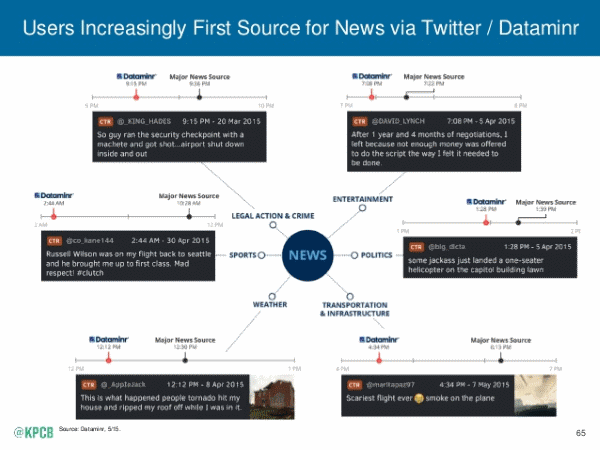 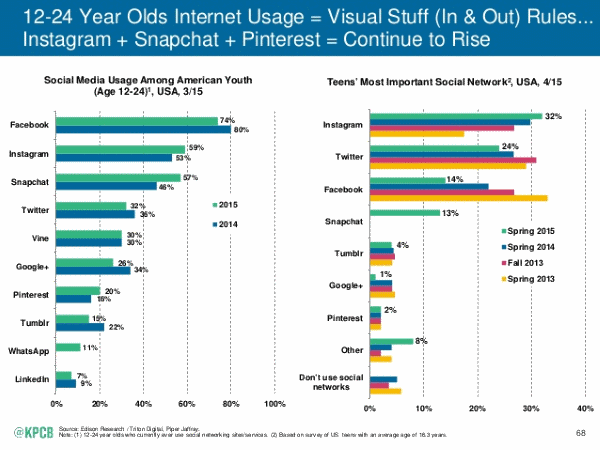 13. Millennials love their smartphone cameras: 44% use it every day, with 76% posting photos and videos on social media 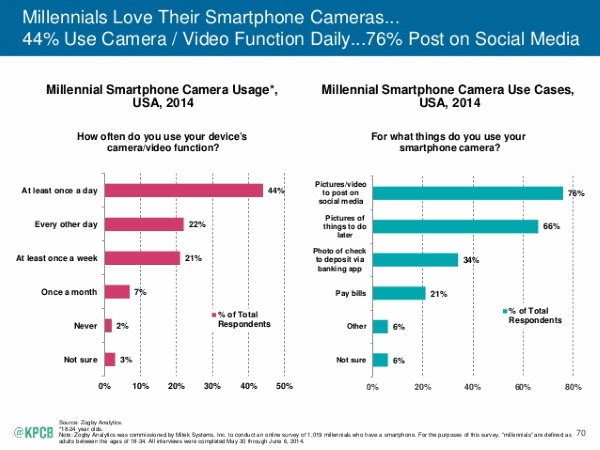 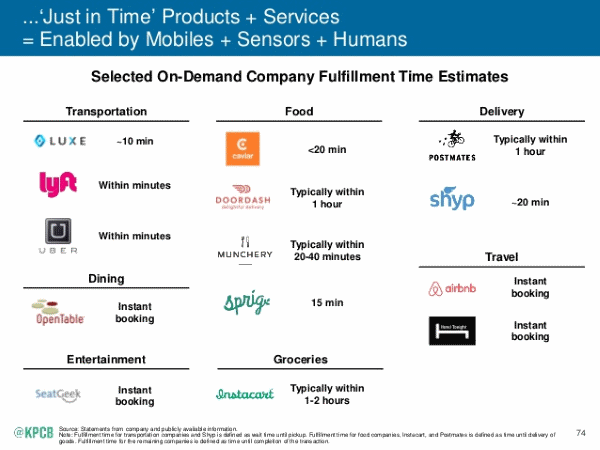 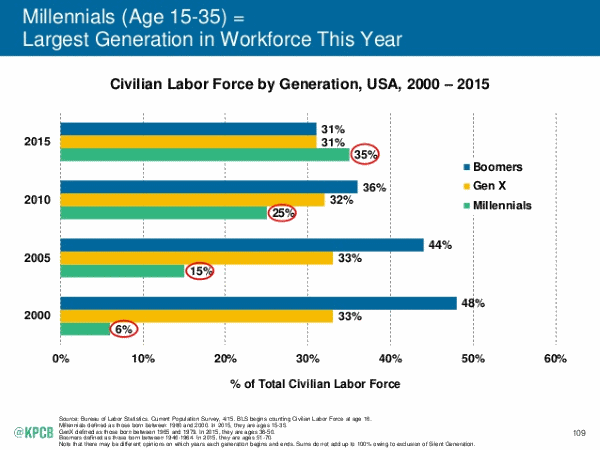 16. With the rise of Uber, Airbnb, Stripe and Soundcloud, the Internet is facilitating ecommerce in increasingly efficient ways 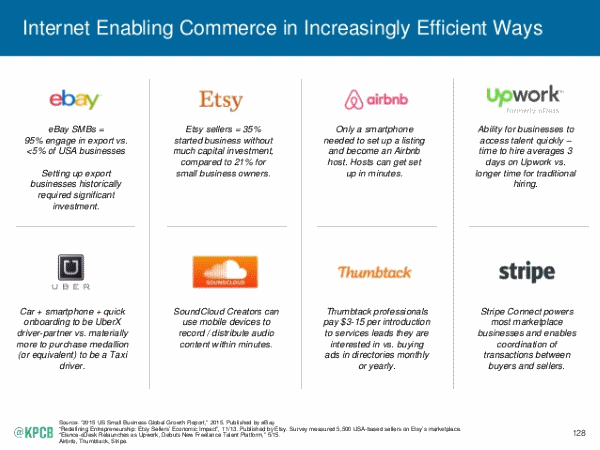 17. Online marketplaces and platforms are used increasingly to supplement income 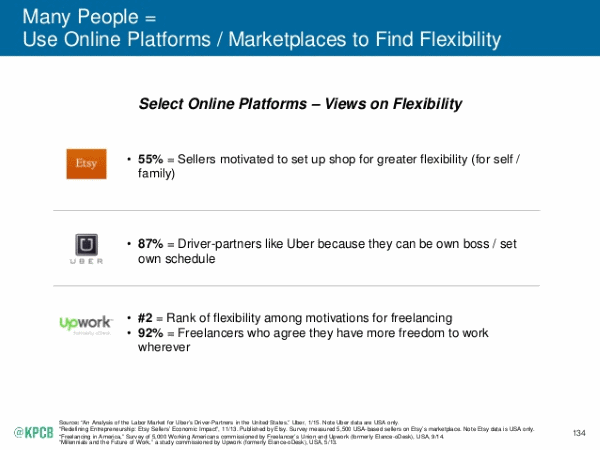 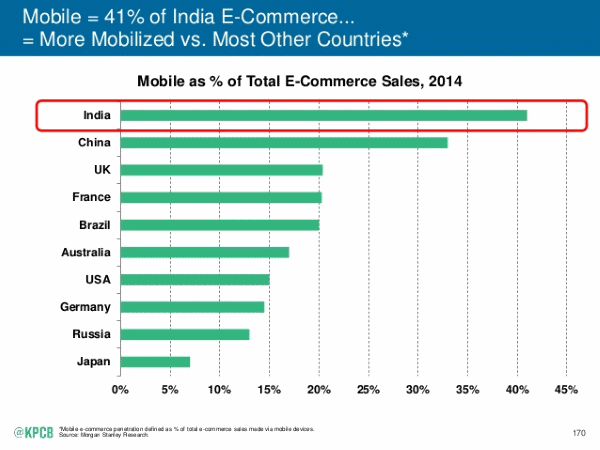 The full presentation can be viewed here: